Build the greatest soccer team, ever 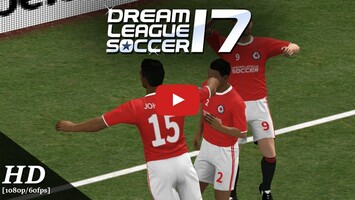 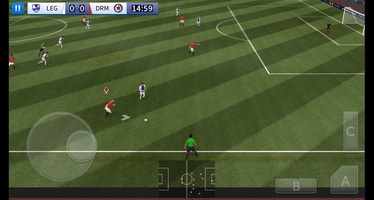 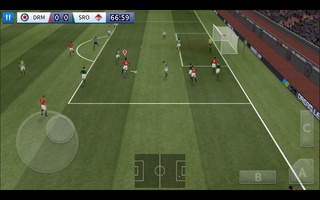 Advertisement
Dream League Soccer is a soccer game where you lead your team to victory, starting from humble beginnings at the bottom of a fictional league in which various teams from all over Europe are competing.

When you start the game, you'll need to choose a team name, design your equipment, and choose a captain. After you're done, you can start playing in a league against various mediocre teams that you'll have to beat to start claiming more and more victories.

During your adventure, you can also manage various aspects of your team: improve the stadium, try new strategies, make signs, and check the stats for your starting lineup. All of this will influence your matches.

But the real fun starts once you enter the game simulator. You'll have only three buttons: pass, shoot, and center, which will be more than enough to enjoy the amazing gameplay. With these options, you can make walls, pass deep, dribble down the field, lob the ball towards the goal, fire the ball across the field, etc. Basically, with these three buttons, you can play soccer.

Dream League Soccer is an amazing soccer game for Android. It has a fun gameplay, good graphics, and a ton of well-known teams and players.
By Juan Jesús
How to add official logos and kits to Dream League Soccer

Dream League Soccer is one of the most downloaded games on Uptodown. The 2019 version and the Classic version have a combined 40 million downloads. With such a popular title, we'd be remiss not to explain some of the 'unofficial' features like the ability to customize your team with official logos and kits of real teams.
See more

Not FIFA. Not PES. The most downloaded Android soccer game on Uptodown is Dream League Soccer. The title from First Touch Games has earned its popularity fair and square, offering a soccer simulator for Android that's just as good as the two big dogs in the genre. Starting today, the new 2019 update is available which, in addition to updating the teams, includes a new game mode and improved graphics.
See more

To download the Dream League Soccer OBB file, you'll need to register the game with your Google Play account.
Advertisement

The best 💪✌️ football game ever